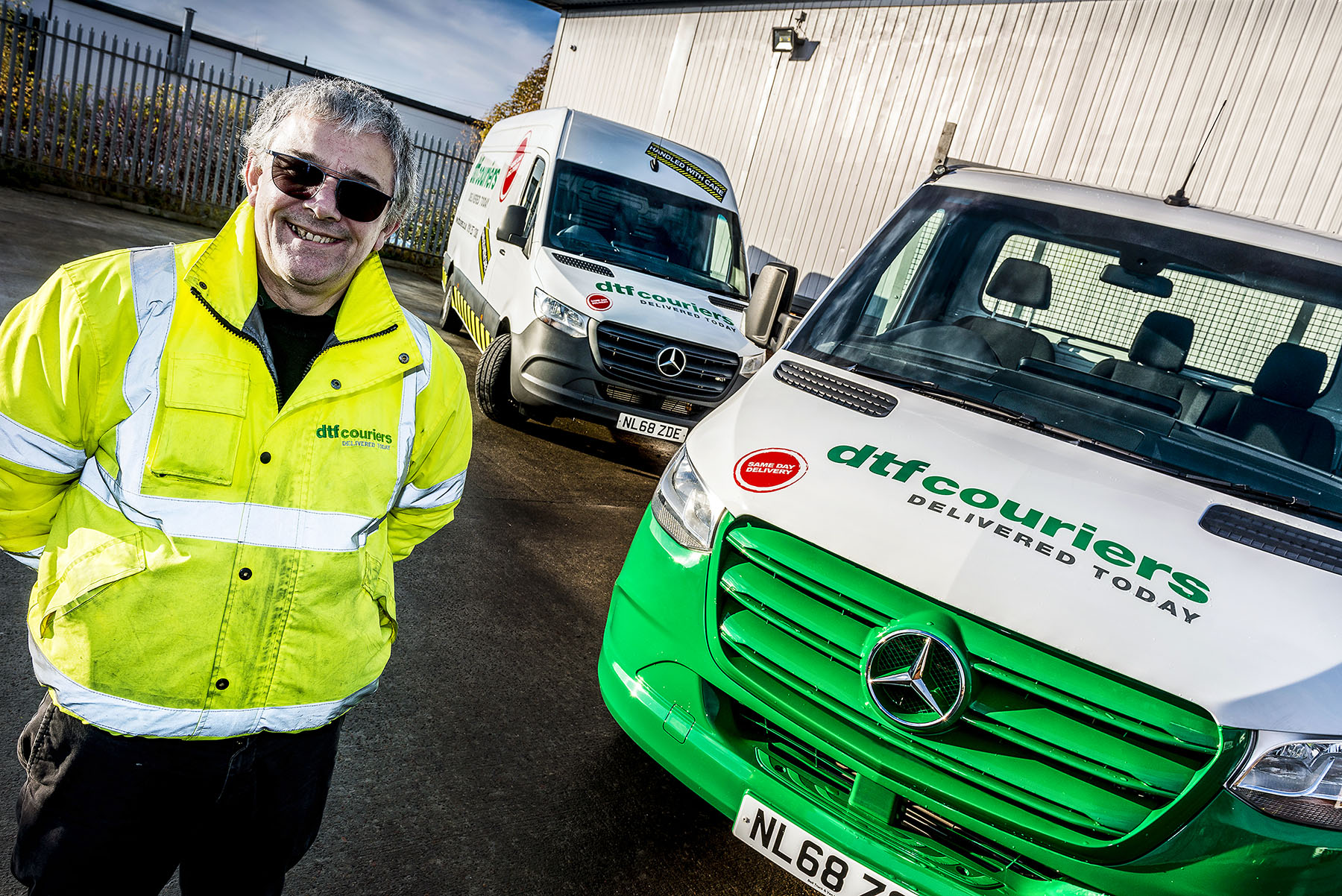 Same-day delivery specialist Danny Fenwick seized the opportunity presented by a recently-announced partnership between Mercedes-Benz Vans UK and Checkatrade.com to invest in his first vehicles from the new Sprinter range.

The proprietor of North Shields-based DTF Couriers has received several enquiries and won new business since he joined the online directory of recommended tradespeople less than a year ago. His company runs 24 vehicles, every one of which wears a three-pointed star.

Supplied by North-East Dealer Bell Truck and Van, its seven new vans are from the ‘game-changing’ third-generation Sprinter range, which sets previously unseen standards for comfort, safety and connectivity.

All are 3.5-tonne 314 CDIs with fuel-efficient, 143 hp common-rail turbodiesel engines which drive the rear wheels – like other models, the 314 CDI can also be specified for the first time with front-wheel drive. Six are L3 H2 panel vans with long bodies and high roofs; the seventh is an L3 chassis cab to which Tyneside Coachworks, of Gateshead, has fitted a platform body.

The new arrivals replace two-year-old Sprinters, each of which had clocked-up more than 150,000 miles. In acquiring his latest vehicles, Mr Fenwick took advantage of competitive funding support from Mercedes-Benz Financial Services, as well as the substantially discounted purchase prices agreed between the manufacturer and Checkatrade.com on behalf of its 33,000 registered members, who work across a broad variety of industry sectors. 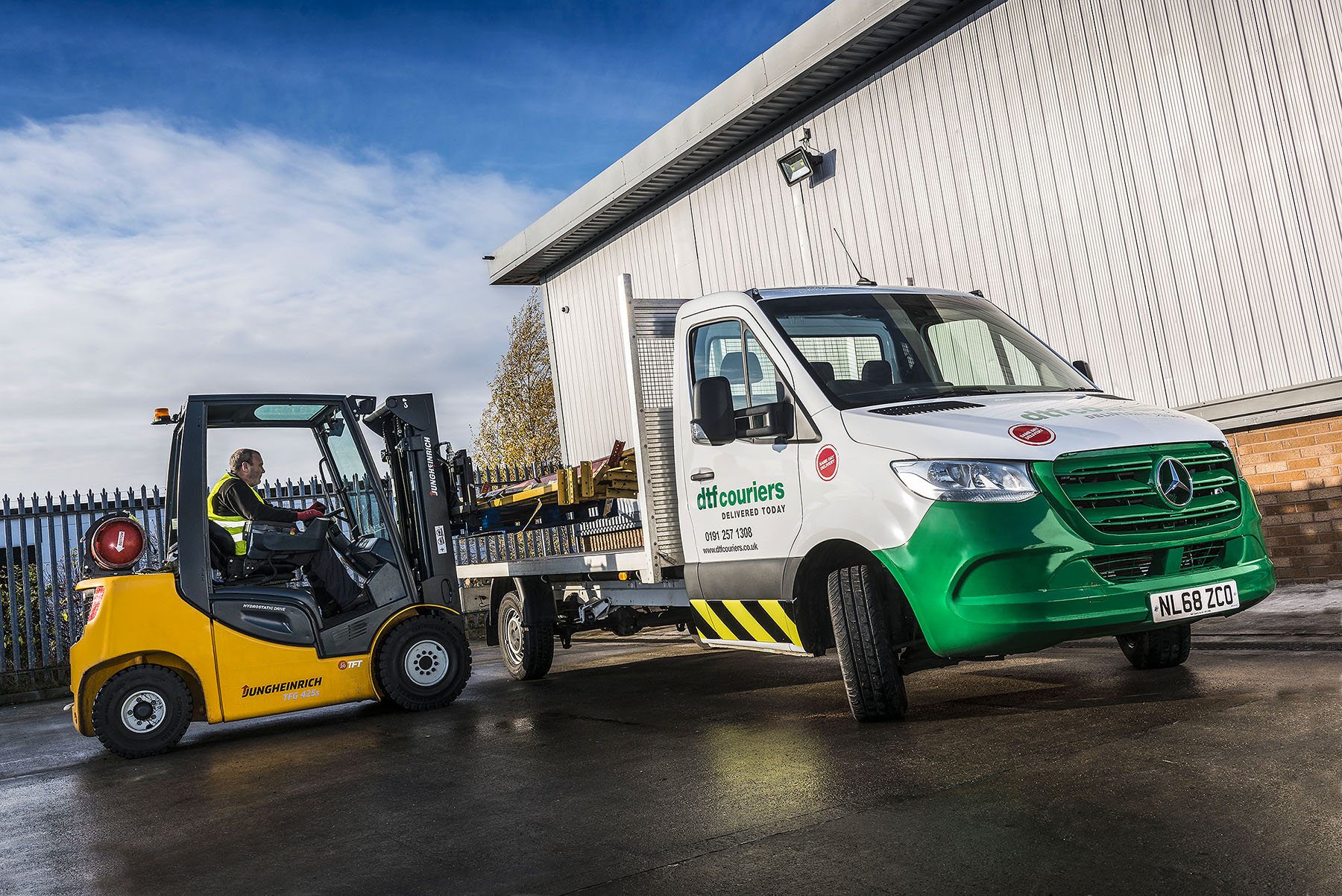 DTF Couriers was founded by Mr Fenwick and his wife Treena in 1997, with a single car from which he removed the back seats. It now operates 24 vehicles. While ultra-reliable Sprinters form the backbone of the fleet, the line-up also includes two mid-sized Vito vans and a couple of Citans, as well as four trucks.

The key to DTF’s success, according to Mr Fenwick, has been its personal approach and ‘no fuss’ professionalism. “From the outset, we’ve stuck to what we’re good at,” he explained. “That’s same-day delivery, great customer service, and honesty – we won’t make promises we can’t keep.”

Having relied until then on another, high-profile van brand, DTF Couriers acquired its first Mercedes-Benz in 2004 and has not looked back since. “We work our vans hard. They go all over the country and typically cover up to 90,000 miles a year, so reliability is essential,” said Mr Fenwick.

“Our previous vans were always in the workshop for one thing or another, whereas the Sprinters, which are maintained by Bell Truck and Van, stand up to high mileages exceptionally well. The Mercedes-Benz image also helps when we’re dealing with customers by underlining our commitment to quality, and its safety leadership is very reassuring given our Duty of Care obligations.”

The Sprinter has always been recognised as the benchmark for safety in the van segment, and once again the latest model leads the way. New features include the autonomous Active Brake Assist system with ground-breaking pedestrian recognition technology, and ATTENTION ASSIST, which detects drowsiness in the driver and encourages them to take breaks when tired.

External revisions are relatively modest, but the cab interior has also been completely redesigned to provide a class-leading working environment offering unrivalled levels of quality, quietness and smoothness.

New Sprinter is also a technological tour-de-force, with 4G Internet connectivity delivering the most advanced manufacturer
solution yet seen in a van. It comes as standard with the cutting-edge Mercedes MBUX infotainment system, which features a user-friendly voice control function. Mercedes PRO connect, meanwhile, offers a range of fast, efficient and cost-effective vehicle management services.

Mr Fenwick continued: “They’ve always liked their Sprinters but the drivers tell me the new model is totally different, and a great advance in terms of comfort and quality. The entertainment system and phone connectivity, which allows them to play their own music through the van’s speakers, also scores high marks.”

Bell Truck and Van backs Mercedes-Benz Vans’ commitment to ‘Keep businesses moving’. “The Dealer’s service is brilliant,” enthused Mr Fenwick. “Bell maintains our vehicles overnight so they’re available for work when we need them, and will always go the extra mile, working around us to keep our vehicles on the road and earning.” 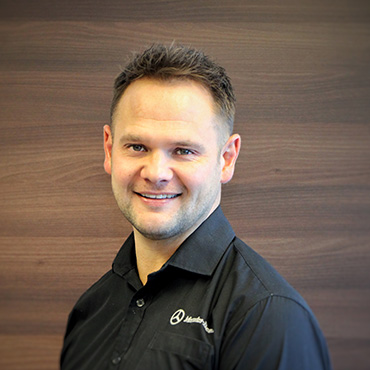