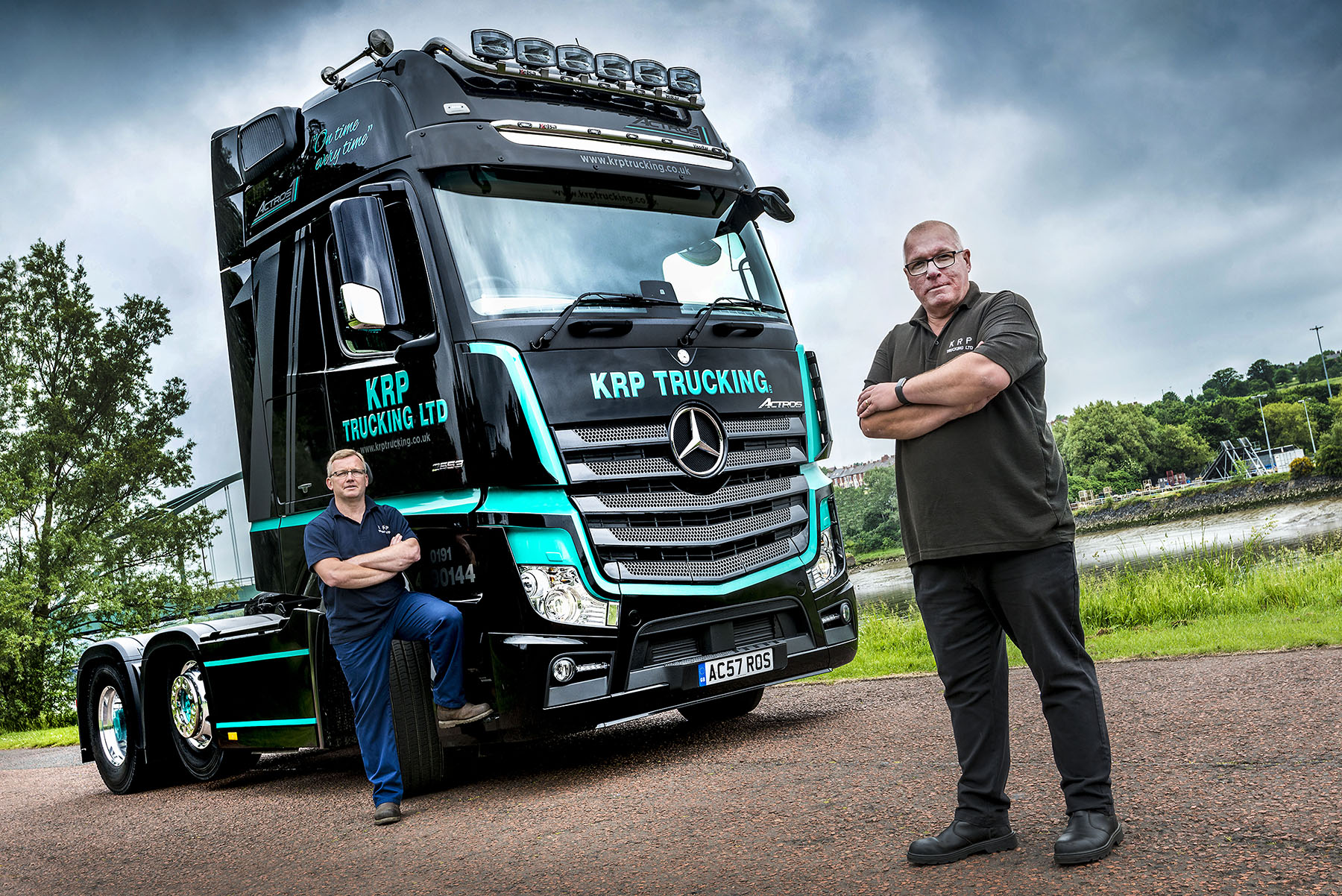 A competitive mpg performance from an Actros Fuel Challenger and an inspirational ‘pitch’ by a Mercedes-Benz Dealer under new ownership were the key factors behind KRP Trucking’s decision to mark its 10th anniversary by ordering a stunning fleet flagship.

A maximum of 100 tractor units based on the 6x2 Actros chassis with range-topping GigaSpace cab are being built –  a door plaque confirms that KRP Trucking’s is number 25. The majority of customers to date have chosen the most powerful, 460 kW (625 hp) version of the state-of-the-art OM473 15.6-litre, six-cylinder engine. However, KRP boss Ken Pratt has opted instead for a highly fuel-efficient alternative, in the shape of the second-generation 12.8-litre OM471 with 390 kW (530 hp) output.

Family-owned KRP Trucking has roots that go back 40 years. The company began trading in its current form in 2008; four years later Mr Pratt’s former partner retired, at which point he assumed the role of sole proprietor.

The Actros1 has joined a fleet of 10 other tractors and two 18-tonne curtainsiders, as well as a handful of Mercedes-Benz Sprinter vans. The operator’s loyal team of drivers provide round-the-clock, express transport services covering a wide variety of loads, including air freight, for customers located throughout the region.

Mr Pratt recalled the initial approach by Bell’s Jordan Gatt, a graduate last year of the award-winning Mercedes-Benz Truck Sales Training Programme. “I was impressed with Jordan’s attitude from the outset,” he said. “He took the time to listen and learn about my business, then told me all about the Dealer’s new owners, their commitment to customer service and exciting plans for the future, which was very inspiring.”

A founder member in 1974 of the Mercedes-Benz Dealer Network, Bell Truck and Van was acquired in October by Leo Group, a leading environmental, renewable energy and recycling company. It has already embarked on a major programme of investment in new and improved facilities.

Mr Pratt continued: “Bell provided us with an Actros Fuel Challenger demonstration unit for trial and that went well, returning in excess of 9 mpg. Jordan also stayed in touch without ever becoming pushy, so having received the reassurances I was seeking in terms of back-up I felt sufficiently confident to order the Actros1.”

Actros1 comes with a Safety Pack which includes the pioneering Active Brake Assist 4 emergency braking and Proximity Control Assist systems, and a driver’s airbag. Other safety features include a high-performance engine brake and tyre pressure monitor.

Fuel-efficiency is enhanced by Predictive Powertrain Control and Fleetboard telematics hardware, while revolutionary Mercedes-Benz Uptime maintenance technology relies on an array of sensors that monitor the condition of the vehicle constantly. As a result, the customer’s allocated Dealer knows precisely what is required before the truck reaches the workshop, and can order parts in advance while setting aside sufficient time during a single visit to complete all tasks.

The truck is certainly a winner for former Durham Wasps ice hockey star John Hutley, who began driving trucks in 1999 after calling time on his professional playing career. To reflect the fact that much of his work entails transporting automotive parts to Birmingham, the back of his Actros1’s cab wall is decorated with a vinyl image featuring characters from the hit BBC series Peaky Blinders, which is set in the city.

The luxurious Style Line interior is complemented by a leather-trimmed steering wheel and Comfort leather massage seats for driver and co-driver, an uprated multimedia entertainment system and a Premium Comfort mattress. Automatic climate control, an electric sunroof and sunblind, a microwave and pull-out refrigerator, and rear overhead lockers, also contribute to the ‘feel-good factor’ for drivers.

“The Actros1 is a beautiful machine for long-distance work,” he enthused. “It’s a very comfortable, relaxed drive, and with so much storage the accommodation is perfect for nights away. It’s getting a lot of attention and really stands out from the crowd, too. Whichever way you look at it, the Mercedes-Benz is in a different league compared to my last truck.”

Ken Pratt added: “KRP Trucking has been forging ahead nicely, and in terms of the business plan we’re where I wanted to be after 10 years. This fantastic new Actros1 flagship takes us to the next level.” 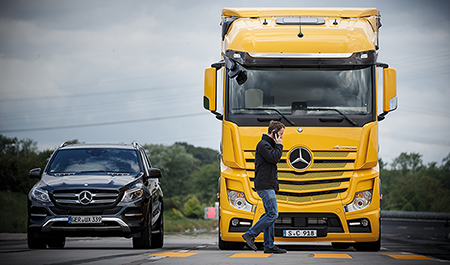 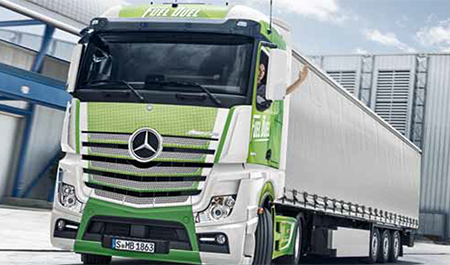 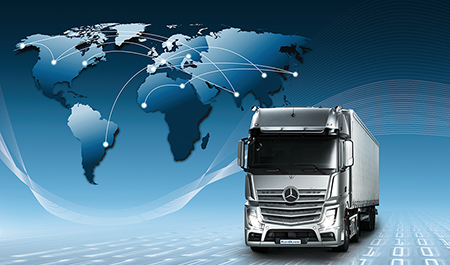